Everyone creates trash. It’s something that we just take for granted in our society, where there is seemingly a trash can in every room and a trash bin outside of every business. There are trash cans in parks, along walking paths, and next to the drive-through windows of our favorite fast food restaurants. We need places to put our trash! It seems so natural to toss a bit of trash into the can without really thinking about it, but up until a few decades ago trash cans didn’t even exist.

Humans have been making trash, well, forever. It wasn’t always called trash, though. The word “trash” is of Scandinavian origin, perhaps from around the 14th century. The original trash didn’t look very much like our trash today. It was made mostly made of things like bones and ashes, which could just be buried in a pit and forgotten.

Time progressed and humans began moving into more condensed areas, living closer together in cities and towns to work in factories and benefit from the cheap goods which became more readily available. The Industrial Revolution meant the introduction of more packaging, as items which used to be sold only in bulk were now sold in smaller quantities.

Naturally, something must be done with the trash! At the time apparently the best thing to do seemed to be to throw it into the street, where it simply piled up. Rats and disease ran rampant through cities, as the closer quarters exacerbated the problems caused by the heaps of stinking refuse. Animals such as pigs fed on discarded vegetation. Human scavengers were able to make a living by sifting through the trash – recycling before recycling was in vogue! They could sell dog feces to tanners who used it in leather making, sell bits of cloth to be turned into paper in paper factories, even selling fireplace ash to be used in brick making. However, even after these industrious individuals had plied every bit of usefulness out of the trash, plenty of trash remained. Walking in the street you might see dead animals, ashes from fires, broken furniture or other items, horse dung, and even human excrement. When it rained walking in the streets was nearly impossible.

Benjamin Franklin, one of the founders of the United States and a well-known inventor, thought of a solution to this problem in Philadelphia in the 1750s. The idea also caught on in London when he resided there later. He suggested that the cities employ street sweepers, and that residents contribute six pence a month to pay them their wages. The sweepers would work at night and move all of the waste outside of the city, providing the residents with clean streets in time for the next morning’s business to begin. Residents gladly paid the six pence to the street sweepers.

This movement didn’t catch on everywhere, however. Cities were still struggling with trash. Dead animals, human waste, ashes, and all other refuse continued piling up, spreading disease and contaminating water supplies.

It is interesting to note that in many cities around the world city dwellers simply lived with their trash underfoot. Reports from Paris as early as the 14th century mention that invaders had to climb over piles of trash to get to the city’s walls. To most of us the idea of living in such a way and doing nothing about it seems abhorrent.

In 1810 Peter Durand patented the tin can. The groundbreaking patent meant that food could be preserved safely without the hazard and breakability of glass jars. Of course this also meant that even more trash was produced as more food was packaged.

In 1842 Edwin Chadwick published the historic Report from the Poor Law Commissioners on an Enquiry into the Sanitary Condition of the Labouring Population of Great Britain. In it, he suggested a link between unsanitary conditions, including trash, and the rampant spread of disease. He also claimed that

He suggested carts and horses for hauling off trash, better water sources and drainage, and city planning to ensure that future developments would include these items. And of course, taxes would pay for them.

His ideas didn’t necessarily catch on right away, but he did draw attention to a problem and point out some reasonable solutions.

In 1875 the first trash can made an appearance in England. Took them long enough, didn’t it! These were made of metal or wood. For a fee, homeowners could set them outside their houses to be emptied each week. Trash was then taken outside of the city to dispose of in landfills, or even just dumped into bodies of water. Not the best solution by any means, but they were at least working on the problem!

Metal trash cans began to be distributed by municipalities. These trash cans looked a lot like what you think of when you think of Oscar the Grouch or that little trash icon on your phone.

While functional, these trash cans were heavy and loud. Taking the trash to the curb was a real chore, not to mention the difficulty for those workers who emptied the cans! Enter Charles Harrison, designer for Sears. His invention of the plastic trash can in 1966 took the world by storm. Now taking the trash to the curb didn’t have to be a banging, clanging struggle every week, and the trash collectors could save their backs. While simple, his ability to use different products to make a common household item better was revolutionary. The trash can was lighter, more durable, and easier to maneuver.

From there the trash can continued to improve – flip lids, wheels, different colors and sizes, made of different materials with a myriad of designs and functions all with the same purpose: to help us contain our trash. The plastic trash bag, another unsung hero, was invented in 1950, also helping to keep trash contained and odors under control.

We think nothing of going to the store and buying a little trash can which matches our bathroom decor, or a stainless steel trash can with a flip top lid that we can raise by stepping our foot on a lever. Our lives would all be very different if trash cans had never become as common as they are. So the next time you step outside and don’t have to step over a dead animal, walk into the street to avoid trash heaps, or ruin a pair of shoes by stepping in yesterday’s dinner, you can thank Benjamin Franklin, Edwin Chadwick, and Charles Harrison – but don’t forget to thank your trash can too! 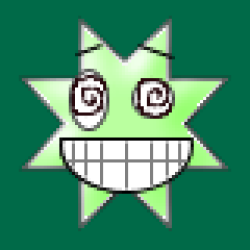 1 reply on “Trash Cans: An Introduction”

[…] of the impact our waste is having on the environment. Our landfills are becoming more full, and, recycling instead of throwing away has become an important way that our society is working towards producing […]